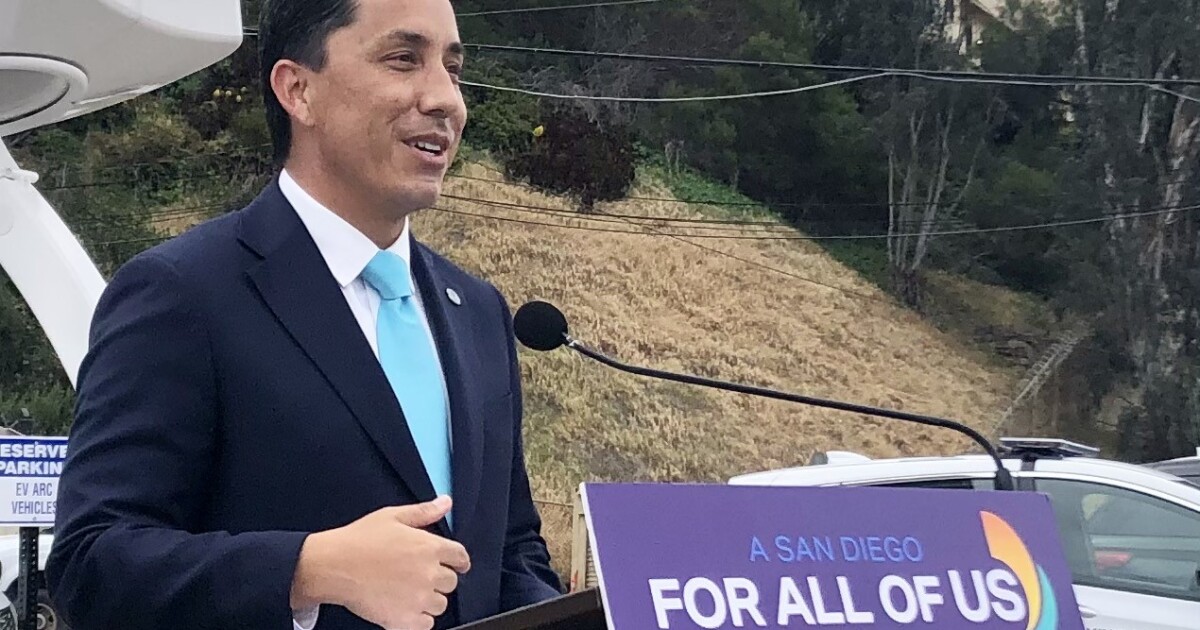 Mayor Todd Gloria is proposing seven new low-income housing projects across San Diego that the city is making financially feasible with a new program the mayor is calling “Bridge to Home.”

Gloria is pooling several million three pots of money to find “gap funding” to help developers build projects that were not financially feasible before.

This story is for subscribers

We offer subscribers exclusive access to our best journalism.
Thank you for your support.

The money, which will come in waves, including a first wave of $33 million, is special state housing money, federal money for low-income residents and proceeds from sales. of properties owned by the city’s former redevelopment agency.

“We are combining various sources of funding to get more for our money,” the mayor said in a phone interview last week. “We are trying to do absolutely everything we can to address the complex issues of homelessness and housing affordability.”

The projects include the construction of 662 low-income housing units in four neighborhoods: three projects in San Ysidro, two downtown, and one in City Heights and Rancho Bernardo.

The first project will be submitted to the city council for approval next week, the other six will follow quickly in the coming weeks. Each project is expected to start this year or early 2023, and all will be built by summer 2024.

The city’s economic development department, which coordinates the new gap funding program, said the new units could help people struggling with housing insecurity or job loss as a result of the COVID-19 pandemic.

“The timing couldn’t be better,” said Monica Hardman, the city’s assistant director of economic development. “This is an opportunity for the city to have additional investments in this essential area.”

Hardman estimates the total amount of Bridge to Home funding will exceed $80 million, but the amount of future contributions from the state, federal government and the city’s former redevelopment agency is uncertain.

The city plans to announce a second wave of gap funding later this spring that Hardman expects to be between $15 million and $20 million.

A third wave could be announced as early as this summer, with a fourth expected next year, Hardman said.

City officials selected 15 low-income housing developers for the program last year. The seven projects were chosen from 16 proponent-submitted proposals that would require a total of nearly $90 million in gap funding.

Hardman said the city would likely pick subsequent projects for Bridge to Home from the list that has already been submitted.

“Adding 662 units won’t solve the problem, but it’s a big chunk,” the mayor said. “You must put all the irons you have in the fire.”

Gloria said the annual homeless count held last month should have found about 8,000 people homeless, but he pointed out that up to 500,000 San Diegan residents cannot afford the type of housing that they want or need.

He said these seven projects are part of a giant city and state officials are coming together to gradually reduce the problem.

“There aren’t enough rungs in the middle of the housing ladder in San Diego,” Gloria said. “But we can’t complain; we have to do things.

Gloria noted that each project will be built by a seasoned developer and will help boost the economy, in addition to providing essential housing.