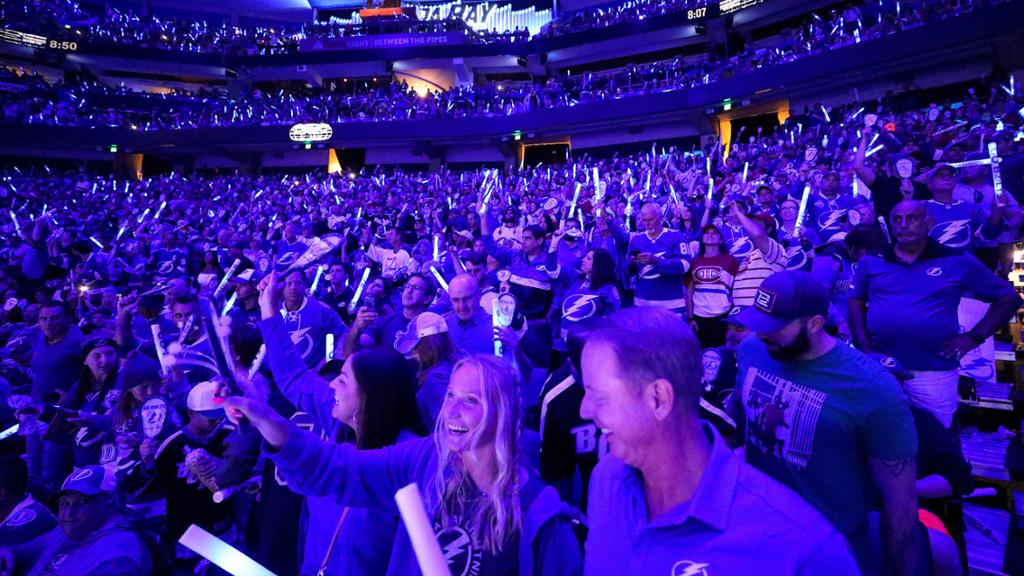 NASHVILLE– Jon Cooper said he remembers his early days as an NHL coach, especially when the Tampa Bay Lightning hosted one of the Original Six teams and Amalie Arena was filled with fans, many of whom were supportive of the ‘opposition.

“When I came to the organization, I remember we were playing the [Detroit] The Red Wings and basically everyone behind me…all wore red jerseys,” the Lightning coach said. “[Red Wings fans] were everywhere.”

Cooper credits the rise in fan support to the Lightning making deep runs in the Stanley Cup playoffs, including reaching the Eastern Conference Finals five times in the past seven seasons and winning the Stanley Cup the last two, and having some of the best players in the League as forwards Steven Stamkos and Nikita Kucherovdefender Victor Hedman and guardian Andrei Vasilevsky.

Stamkos, the team captain, has appeared in seven NHL All-Star Games since 2011, and the Lightning have had at least two All-Star Game reps every year since 2016.

“The most important thing I’ve always said is how are you going to change the trips on the road, because there would be hardly any Lightning jerseys on the road,” Cooper said. “And then you win (the Stanley Cup twice) and you see…go through all the arenas now…it’s filled with Lightning fans. And that’s the coolest thing. Just to see how our organization came about. “

Cheeky Alex Killorn said he noticed it when the Lightning arrived at his team hotel Thursday night in Nashville.

“I walked around as soon as we got to the hotel and didn’t see anyone not wearing a Lightning jersey,” Killorn said. “I spoke to people who were outside and they told me there was even Lightning chanting in the bars.”

There could be plenty more Lightning chanting on Saturday as thousands of fans made the trip to watch the game and live up to the #BoltsTakeBroadway hashtag.

“Are we an Original Six team? No, we’re not,” Cooper said. “But we certainly have big name players and we’ve won Cups and people want to be on the team. They represent and they wear our colors and that’s super cool. Coming down to Broadway today I thought that I was in Tampa.”

What you can (and can’t) write off