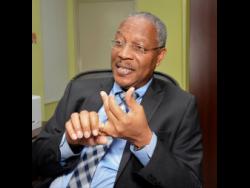 Community & Workers of Jamaica Co-operative Credit Union Limited, C & WJCCUL, will repurchase up to 10 percent of its listed deferred shares, or some 45 million units, from the first week of December.

At today’s prices, the credit union would pay up to $ 72 million in the buyout.

C & WJCCUL made history in July 2020 when it listed 450 million deferred shares that initially offered investors a fixed return of 7.35% for 24 months on five and ten year instruments, but which is now adjusted at regular intervals by the credit union.

The stock’s listing, which was sold at $ 2 per share, allows members of credit unions that participated in C & WJCCUL’s private offering in June 2018 to trade their shares with non-members through the market. .

Shares are now 20% cheaper than when they were listed last year.

C & WJCCUL said in a market brief that the buyback is in line with the previously stated objectives of securing value to investors by repurchasing undervalued stocks from time to time.

The credit union will redeem on the open market using cash from its holdings, which until September stood at around $ 3 billion.

The community bank, which has so far achieved 50% less profit or $ 126 million in the January-September period, which it attributes in large part to a significant increase in provisions for credit losses on the portfolio loans, is also focused on growing its own returns. .

CEO Carlton Barclay has tweaked products and services in response to changes caused by the pandemic. Recently, the credit union launched a new loan product on the market called “Own It” which is aimed at potential homeowners.

The share buyback is expected to begin on December 3, but does not have a specific end date. It will last until the credit union hits the 10 percent it wants, Barclay told the Financial Gleaner. The price paid will be determined by the current market value at the time of each transaction, he said.

The credit union also informed the market that would retain the right to refuse any amount above a particular cap, an undisclosed figure that is determined internally and at intervals by C & WJCCUL.