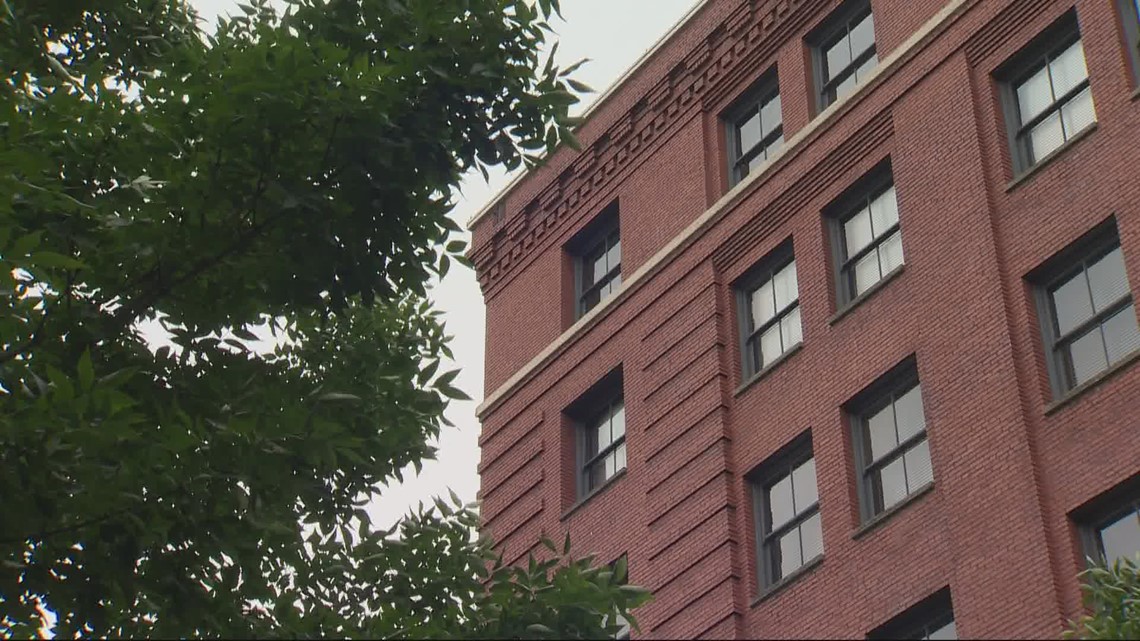 “It was like a punch in the stomach,” said Todd Gooding, president of ScanlanKemperBard Companies (SKB), which invests in commercial real estate.

Two years ago, SKB bought the 100,000 square foot Mason Erhman Annex building on Northeast 5th and Everett — right in the middle of Old Town — for $25 million. Now it’s back on the market after tenants felt the neighborhood was unsafe.

“They informed us that they were going to honor their lease, but they’re moving out and they won’t be coming back,” Gooding said.

The tenants still have four years of lease. Gooding even offered to pay for security escorts to and from work.

“We just feel let down by the city of Portland… We had no idea the city would ignore public safety concerns for as long as it did.”

Mayor Ted Wheeler told KGW that community safety continues to be a top priority for his administration. He said he added increased police presence and bike patrols in the Old Town, as well as investments to help the region’s economy.

“My office is extending an open door policy, we hope business owners will reach out as they navigate the uncertain economy,” he said in a statement to KGW.

“No one will pick up the phone and answer. It’s quite disappointing,” Gooding said.

SKB owns seven buildings in Portland. So far, it’s the only one they have on the market, but Gooding predicts that will change as tenants are now looking to move out of downtown, which is home to half of all Portland’s office buildings.

“We have other tenants at other properties who have also reported other public safety issues,” Gooding said.

Harrison said between the pandemic, protests and people working from home, office space is struggling to find new tenants.

“It’s all part of the recovery,” Harrison said. “It’s taking longer than we would have liked. The downtown urban core is still extremely important to the health of our city.

As for finding new tenants, that also proved to be a slow process.

The Mason Erhman Building in the Old City has been on the market for 120 days.

And Portland is not alone.

Harrison said other major cities such as San Francisco, Denver and Phoenix are seeing an even higher percentage of empty commercial buildings coming onto the market.

“Portland is a pretty good average for what’s going on in the country right now,” Harrison said.

Harrison thinks the city’s future hinges heavily on getting people back to office. He said big business and the city itself must take the lead in bringing employees back to the workplace if the urban core is to fully recover from the past few years.